Nakumatt on Board- Let's Fight This Battle Together Aug. 2, 2016

In 2014, Nakumatt chose to partner Faraja to deliver two ground-breaking projects called 'Make-Over' and 'Let's Fight this Battle Together'. Both show the power corporate partnerships can have.

How it begun- The Make-Over

In October 2014, Nakumatt Holdings cosmetics department and Faraja Cancer Support Trust carried out makeovers for breast and cervical cancer survivors. The ladies, from Cancer Care, Nairobi Hospice and Kiambu District Hospital, were treated to a much deserved day of pampering and given talks on how to care for their skin after cancer.

Make-over aimed for the ladies to look good, and feel good, after undergoing rigorous cancer treatment. From the photos you can see that the ladies looked absolutely gorgeous!

"If you keep thinking you are a cancer patient you will stay depressed. These ladies have reminded us today that we are more than that." Florence Ojode Breast Cancer Survivor, who received a Nakumatt Make-Over.

Lets' Fight this Battle Together

The second project saw a cutting edge fundraising campaign which created nation-wide exposure throughout the month of October.

For every customer that purchased a blue label product in October Kshs 1 was directly donated to Faraja. In addition for every purchase of Revlon products Kshs 5 went to Faraja. Nakumatt customers also donated their points to Faraja and gave cash donations.

The campaign raised an incredible Kshs 5 million, and will provide financial assistance to children and adults who cannot afford treatment and have nowhere else to turn to. It will also save lives through enabling Faraja to extend our outreach work to reach the most vulnerable adults and children in Kenya.

The goodwill and enthusiasm shown by the Nakumatt team, store staff and customers throughout this campaign was truly inspiring.

In October of 2015, Nakumatt conducted an aggressive campaign for the 2nd phase of “Let’s Fight This Battle Together”. The second year incorporated more suppliers who would donate a certain amount to the campaign in addition to the amount contributed by Nakumatt from the sale is Blue Label products. The suppliers included Charm Industries, Chandaria Industries, Unilever, Gold Crown Beverages, Super Sleek and Reshman International. Shoppers also donated cash and smart points to the campaign. A total of Kshs 13million was raised! 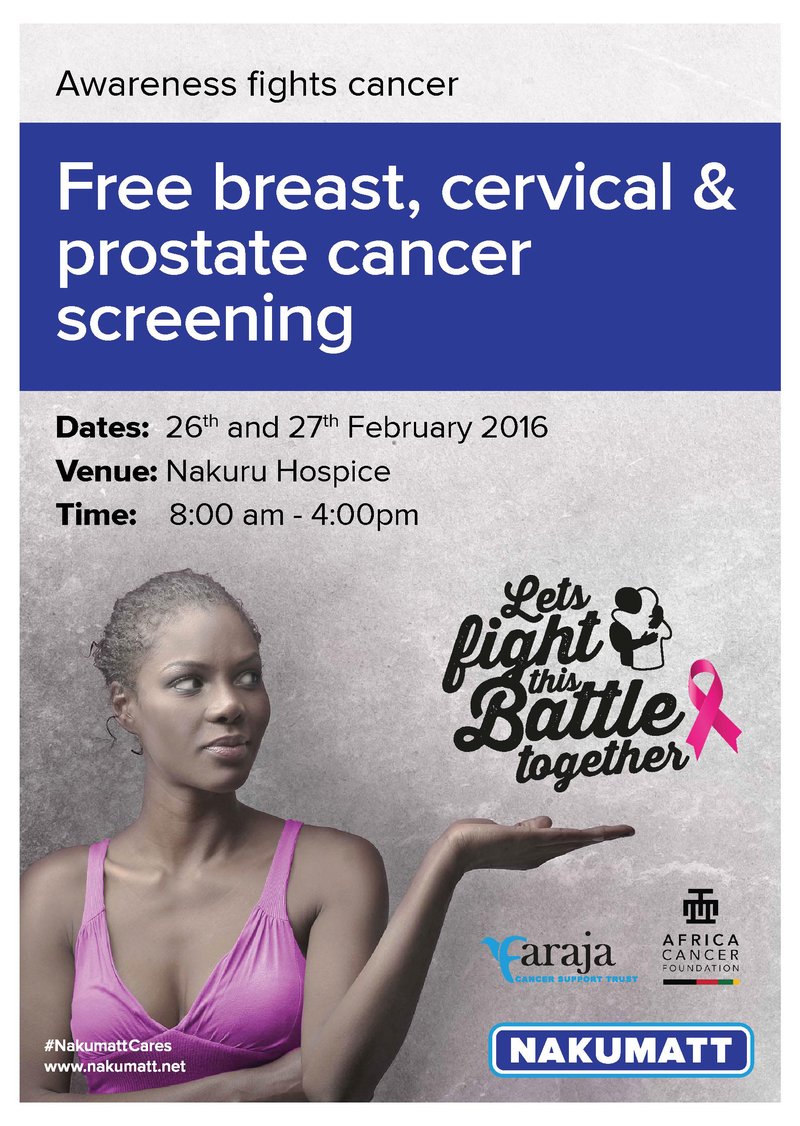 The first free screening camp in 2016 was in Nakuru was on the 27th and 28th of February 2016 at Nakuru Hospice and was conducted jointly with Africa Cancer Foundation (ACF). The ceremony was presided over by the first lady of Nakuru county, Mrs Lucia Mbugua. 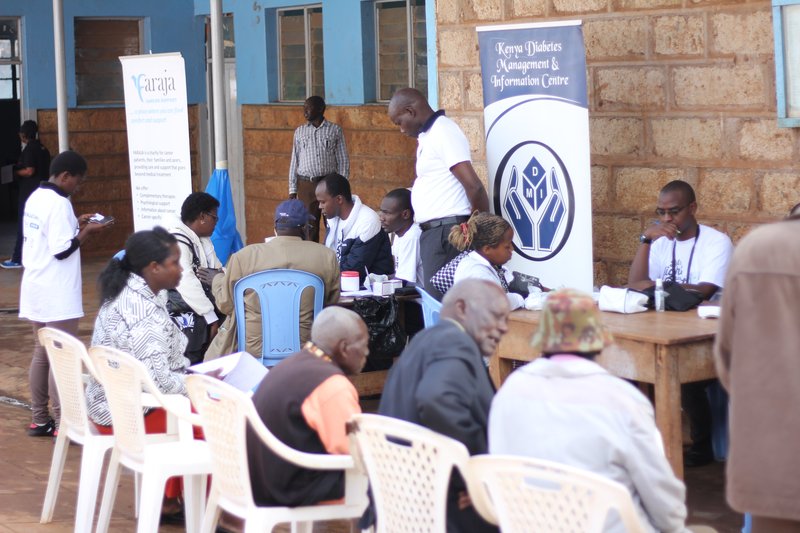 The 2nd "Let's Fight This Battle Together" free screening was in  Meru county was on the 24th and 25th of April 2016 at  Meru Primary School in conjunction with the county government of Meru and Africa Cancer Foundation. The             opening ceremony was presided over by the first lady of Meru County Mrs. Phoebe Munya. Below are the top line statistics: 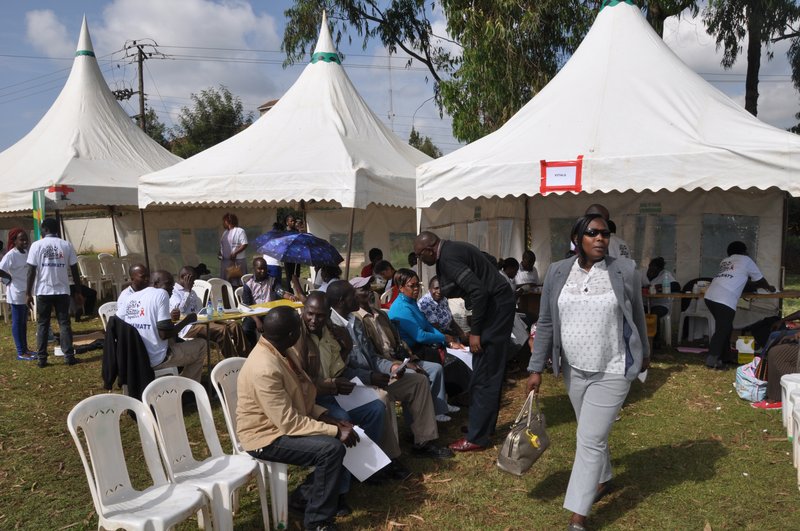 The 3rd "Let's Fight This Battle Together" free screening screening was held in Uasin Gishu county on the 24th and 25th of June 2016 at Moi Teaching and Referral Hospital – Memorial Grounds in conjunction with the county government of Uasin Gishu, Moi Teaching and Referral Hospital, KenKnit Ltd. The event was presided over by the Deputy Governor of Uasin Gishu County Hon. Daniel Chemno. Below are the top line statistics:

All suspicious cases have been referred to Chandaria Cancer Center at MTRH in Eldoret.

Here are some topline stastistics on the remaning screenings

Click here to read about Josephine, a mother of 3 who attended one of the screening in Kisii and got much needed help and support.

Total number of  women screened: 1535 ( there was no screening for male breast and prostate cancer) 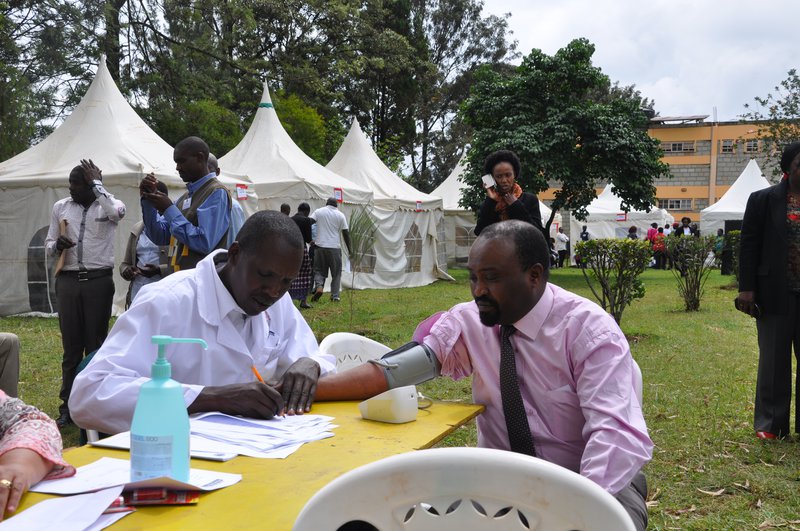 By continuing to use this site, you acknowledge and agree to the storing of cookies on your device. If you do not agree to accept cookies, you must not use this site.